Do you guys want to watch the cutest video ever? Take a look.

Isn't it adorable? Those little guys look like they are having loads of fun. Also, I want to go to the New Zealand zoo. Our zoo doesn't have King penguins! Anyway, I hope you guys got a laugh out of it. Stay tuned!
Posted by Geek Central Station at 6:54 AM 1 comment:

Hey everyone! I know it's been a while. Stuff has just been kind of boring around here lately. We're still making our dudes, but they are nothing new, just Star Wars and Lord of the Rings characters, stuff you guys have seen before. Anyway, I finally found something that I thought was pretty neat! This little plushie is going to be at the same show that our Star Wars guys are going to be at! We are going to be in good company. Take a look! It was designed by artist Heidi Kennedy--you can check out her stuff over at My Paper Crane. 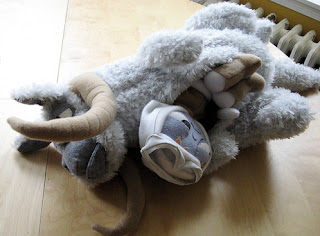 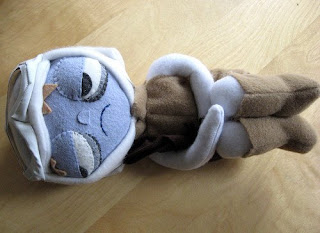 Aww, Luke is so cold. He does not look very happy.

And the tauntaun's tummy zips up, and Luke fits inside. How cute is that? And before anyone asks, yes, I may have a small obsession with tauntauns being split open and used for warmth. Does anyone have a problem with that? Yeah, I didn't think so.

Anyway, hopefully we will be done with the repeat characters soon and be able to make some new characters, but who knows. Stay tuned!
Posted by Geek Central Station at 2:54 PM 4 comments:

Guess what today is!

That's right, it's Limerick Day! Which means you can go around reciting naughty limericks and no one can stop you. That's what it means, right? If it's not, then I'm probably fired. Anyway, I found some really funny limericks, thought I would share them here. Some of them aren't quite right (I'm really obsessive about the right number of syllables in a line, and some of these are a little off) but they're still pretty funny.

First, a Star Wars one.

And some Lord of the Rings limericks.

The Elves rescued Frodo, hooray!
But then sent him into the fray,
"Poor Middle Earth's stuffed
and we've had enough
we're all nicking off, anyway!"

When Gandalf fell down to the pit
the audience thought that was it
but he'll be all right
and come back in white
the sequel is already writ! 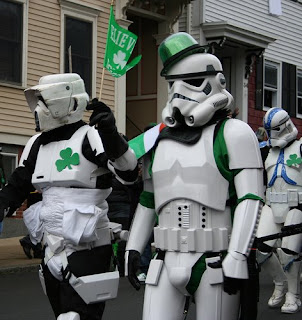 Do you know what day it is?

Today is May 4th, otherwise known as Star Wars day! Get it? May the 4th be with you? Alright, so it's a really bad joke. But I just found out today, and after I got off of work! I didn't even get to torture all of my co-workers with Star Wars quotes all day (okay, well I did a little bit anyway, but it would have been a lot worse if I had known it was Star Wars day!)

So how should we celebrate? How about a free pattern! For today only, in celebration of Star Wars day, if you buy a Heroes of the Rebellion pattern I will send you the Yoda and Ackbar pattern for free! Hurry and order before midnight! 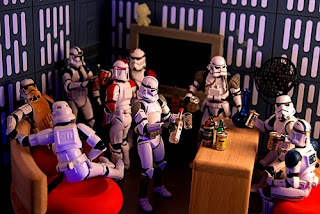 The Stormtroopers are already partying!

The Most Awesome Book

Alright everyone, are you ready for some awesomeness? Because I found the most awesome book today. No, it's not about Dinosaurs and the Bible, but it might be even better. It's about lasers and robots and stuff. Take a look. 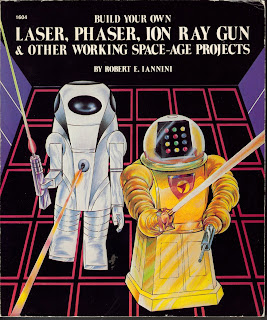 Okay now, I know this looks like a ridiculous book. But it is absolutely, positively the real deal. The book seriously has electrical diagrams and instructions on how to make your very own laser pistols and ray guns and stuff. Here's the actual names of some of the chapters: 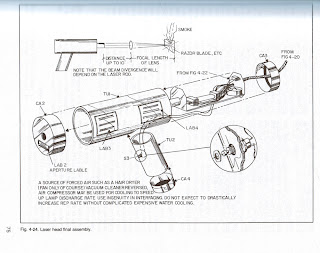 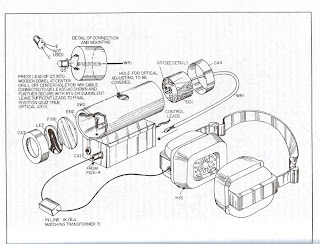 Isn't that crazy? Just when you thought you were safe from evil crazy scientists making space laser guns BAM! Here are some plans, right here in the open. Everything an evil scientist needs to begin taking over the world, bwa haha hahah! Okay, just kidding. I have no idea what this book is saying, it's all gibberish to me.

Anyway, I though you guys would appreciate some of this craziness. I wouldn't believe it was possible unless I saw it myself. Stay tuned!
Posted by Geek Central Station at 2:53 PM 3 comments: